Revelation, Our Awesome God, and the Desperate Faith of Secularism 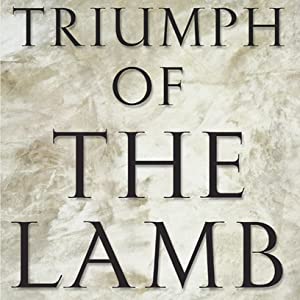 At my other blog I’ve been writing through the Bible the last seven plus years, from Genesis to Revelation (that might sound familiar to you hard core Genesis fans), and have made it to Revelation 4. I thought I’d share here a version of a post I did there about my initial encounter with that chapter because the way I approached it had apologetic implications. Before I got to Revelation I knew it is way beyond my ability to interpret the strange language and bizarre images we find there. So as I make my way through I decided to read a couple books to help me out, with whatever resources I can find online. One of those books is called Triumph of the Lamb by Dennis E. Johnson. What stood out in what he says seems to me the point of Revelation. It is not that we are to understand everything, not to try to make sense of every detail. That isn’t possible for us, and wasn’t even possible for the ancient Jews who were steeped in apocalyptic literature. The objective, I believe, of God’s revelation to us in Revelation is to induce in us an awe in one so inconceivably great as our Creator God, who is also the sovereign ruler over all reality, spiritual and material. The other which flows from this, is to trust in him beyond our seeing and perceiving and understanding. I’ve quoted Isaiah (26:3) many times in this regard, “You will keep him in perfect peace whose mind is steadfast, because he trusts in you.” Perfect peace is of course impossible in this life in a fallen world, in a fallen body, lived among fallen people, but we can all get closer to perfect. The Book of Revelation will help us do that. To Dr. Johnson:

The loss of awe in the modern world could be attributed to the expansion of scientific understanding, the democratic impulse in world politics, or our growing technological capacity to simulate the miraculous on film, television, and computer screens, where we can create a virtual world in which anything can happen but nothing actually happens. Yet the attempt to replace awe with explanation and artifice fails to convince people who, though they deny or ignore it, are nevertheless created in the image of the God who is awesome in glory. The reduction of human experience to the explicable is a desperate act of faith in our power to create reality (“what we cannot explain cannot exist”), but this faith cannot satisfy. Into the vacuum of transcendence created by naturalism and technolatry, New Age spirituality is rushing, promising the experience of mystery and awe turned inward, without the troubling concept of accountability to the Creator. The Book of Revelation wages war on the reductionism that chokes awe. Among its most pervasive motifs is that those who see only the surface, who explain human history and experience merely in terms of observable (physical, economic, political, societal) forces, are blind to the pattern that explains why things happen as they do. To see that deep pattern is to experience an awe impervious to cynicism because it is to stand in the presence of the God who is worthy of our fear and wonder.

There are so many incredible insights in these few words, but I want to focus on the main theme, which is the inadequacy of human attempts to replace God. Notice he does something very important to frame his argument. He identifies this reductionism that mitigates against true awe as and “act of faith,” and one that can’t satisfy. Why this is so critically important is that it counters the illusion of secularism, that there is a such a life, such a human being, that does not require faith. I argue this in more detail then I can here in a blog post I did earlier this year titled, What the “Nones” Get Wrong: Everyone is “Religious.” One of my pet peeves, and God willing, the subject of another book, is that there is no such thing as an unbeliever. The pet peeve comes in when people describe Christians as “believers,” and non-Christians as “unbelievers.” Or Christians as “people of faith,” as if there could be such people who don’t require faith. I hear this all the time, from “believers” and “unbelievers” alike, and it drives me crazy. By using such words or phrases we give secularists ammunition to marginalize Christians, and justify their reductionism. The reason he identifies what I’ll call secular faith as “desperate,” is because it stems from Satan’s temptation in Genesis 3 that we can become “like God, knowing good and evil.” That, my brothers and sisters, is the fundamental definition of sin, pure, rank rebellion. It is cosmic treason worthy of eternal death (an unpleasant topic I’d rather not have to contemplate). Man thinks he doesn’t need God because he can be his own God, that he can, as Dr. Johnson says, “create reality.” It is the illusion that we are not completely dependent creatures who depend on God for every moment of our existence. As the Apostle Paul says, “God gives all men life and breath and everything else.” That pretty much covers it all! As we contemplate our own faith in light of the Book of Revelation, it is critical to contrast it with the pathetic nature of secular faith, a faith that can never, ever deliver. Our faith, our worldview, is infinitely superior to the secularists, and it’s not even close. As we engage the challenging parts of Revelation, we must remember it’s purpose is to wage “war on the reductionism that chokes awe.” The reason John uses metaphor and simile to explain what he sees and experiences is because it cannot be explained! It is beyond human comprehension and human imagining. It is meant to instill awe at the greatness of a being so immense, so powerful, so incredible, so incomprehensible, that he could create everything out of nothing, as we’ll see, the declaration of the last verse in chapter 4. His greatness is the reason we live by faith, by trust, by hope, and not by sight, merely by what we can see, as if what we can see defines the scope of reality. He alone defines what is real, and we get a glimpse into the nature of a cosmic reality in this most amazing, last book of God’s revelation to us in Scripture.